Effects of light on athletic performance and recovery

Whether you're a professional or amateur athlete, you're probably wondering how you can improve your performance and recovery after a tough workout.

Traditionally, we talk about factors such as the amount of protein, inclusion of specific amino acids, dietary supplements, sleep or active rest.

However, as the field of scientific knowledge evolves, new methods and procedures are being developed, with the use of the therapeutic influence of light - that is, electromagnetic radiation of different wavelengths - proving to be one of the most effective.

We are specifically talking about the use of red (RED) and near infrared (NIR) light therapy to promote overall training adaptation, training response and results. This has been established by numerous studies conducted on healthy people, people post-injury, and athletes, as well as personal testimonies from professional athletes who are already using the therapeutic use of light technology, essentially giving them a competitive advantage over others.

In this regard, we will look at several areas within which red and near-infrared light can be used. We will just point out that these wavelengths are used within the MITO LIGHT® red light therapy devices.. 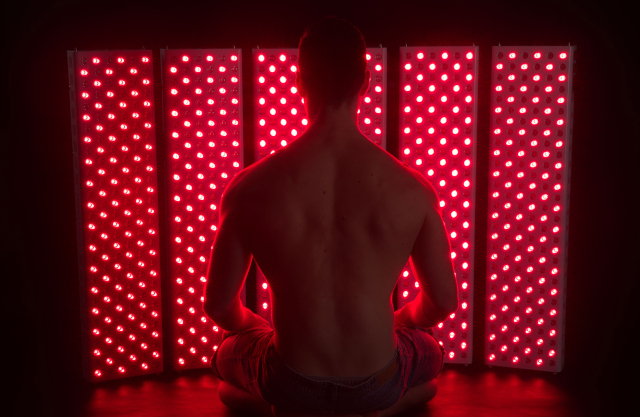 1) Photobiomodulation as an effective strategy for muscle growth

Due to the ability of near-infrared radiation to penetrate several centimetres into the body, it has an effect on a number of biochemical processes that can influence muscle hypertrophy. This is probably through a combination of mechanisms - from faster recovery, activation of mitochondria in the muscles, to a direct effect on increasing testosterone. 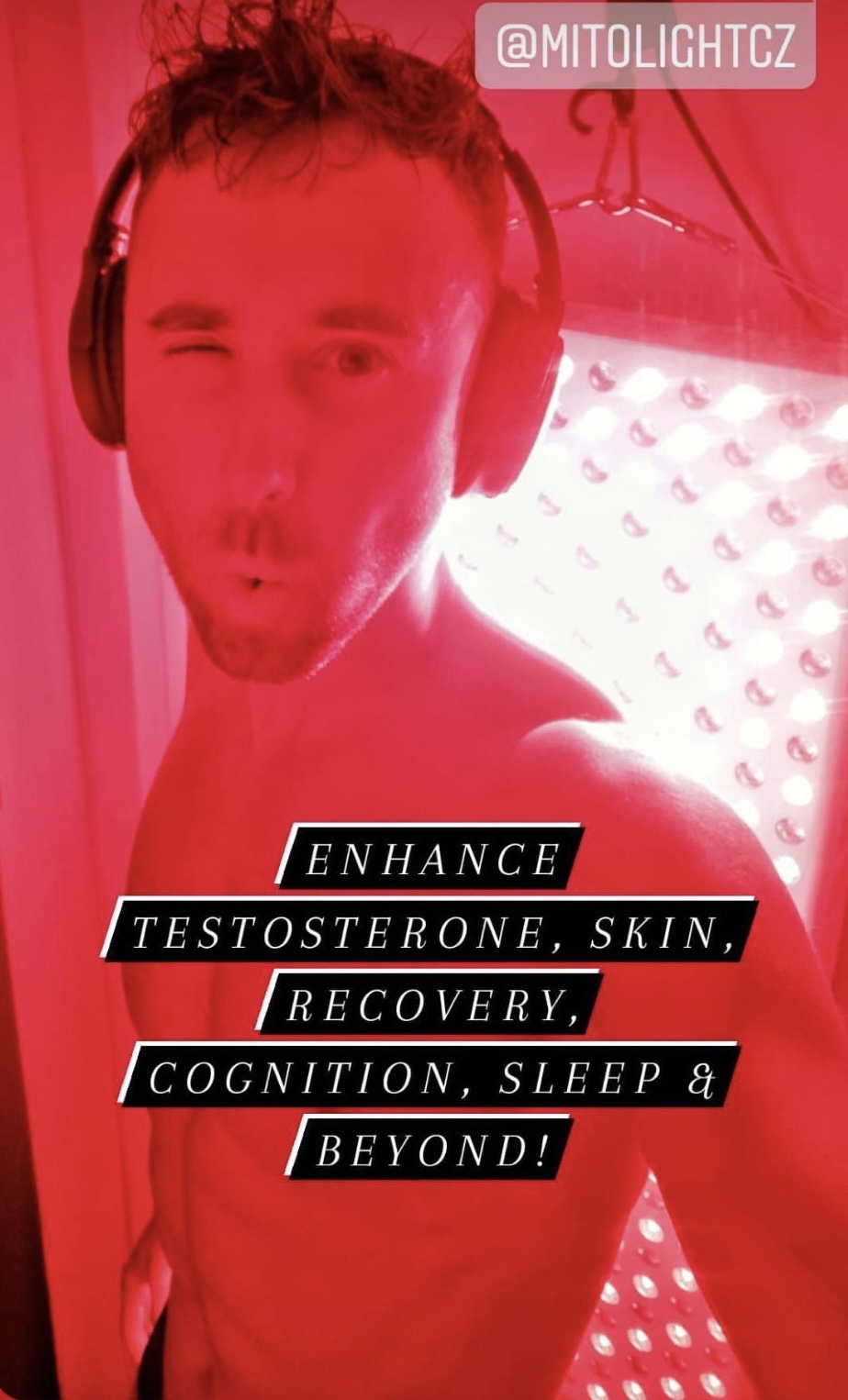 One of the main limits to how fast you will improve in training is the number of training units, their intensity, and your ability to recover from them. And these, as I'm sure you know, are negatively affected by excessive muscle soreness, which is technically known as DOMS (delayed onset muscle soreness). Severely sore muscles are associated with shortened fascia, reduced nutrient supply and a delayed recovery process.

Therapy via infrared panels producing red and near infrared light, when used a few hours after the main training session, has the ability to rapidly reduce DOMS and thus accelerate the recovery process, thus allowing for more training units to be included. 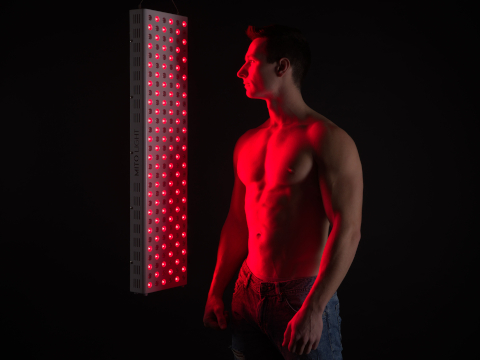 Red and near-infrared light acts on dozens of metabolic pathways in our body, directly on cells and mitochondria. Rather than getting bogged down in the rather difficult science, we may therefore be more interested in what effect it has directly on increasing sports performance. 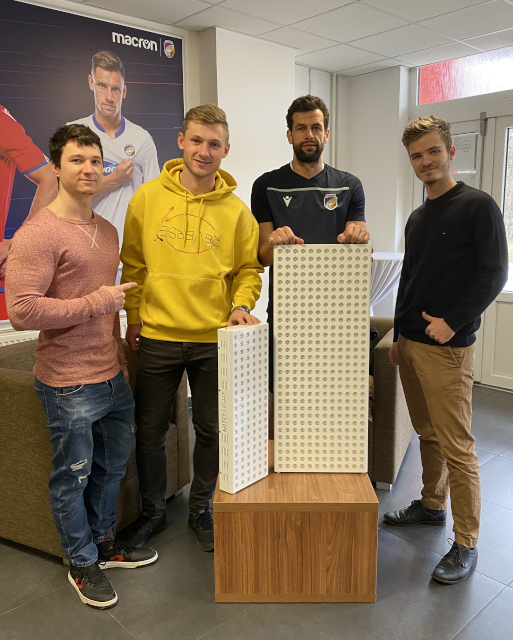 Another great benefit of red and near-infrared radiation, is the ability to accelerate recovery after strength training with external weight, especially if it is training for muscle hypertrophy, when you perform numerous repetitions with weight, when you slow down the negative phase (which has the greatest anabolic potential, but at the same time the most prolonged recovery).

The results showed that the group that was exposed to 630nm wavelength radiation had reduced muscle soreness and faster recovery and results for up to 96 hours after exercise! 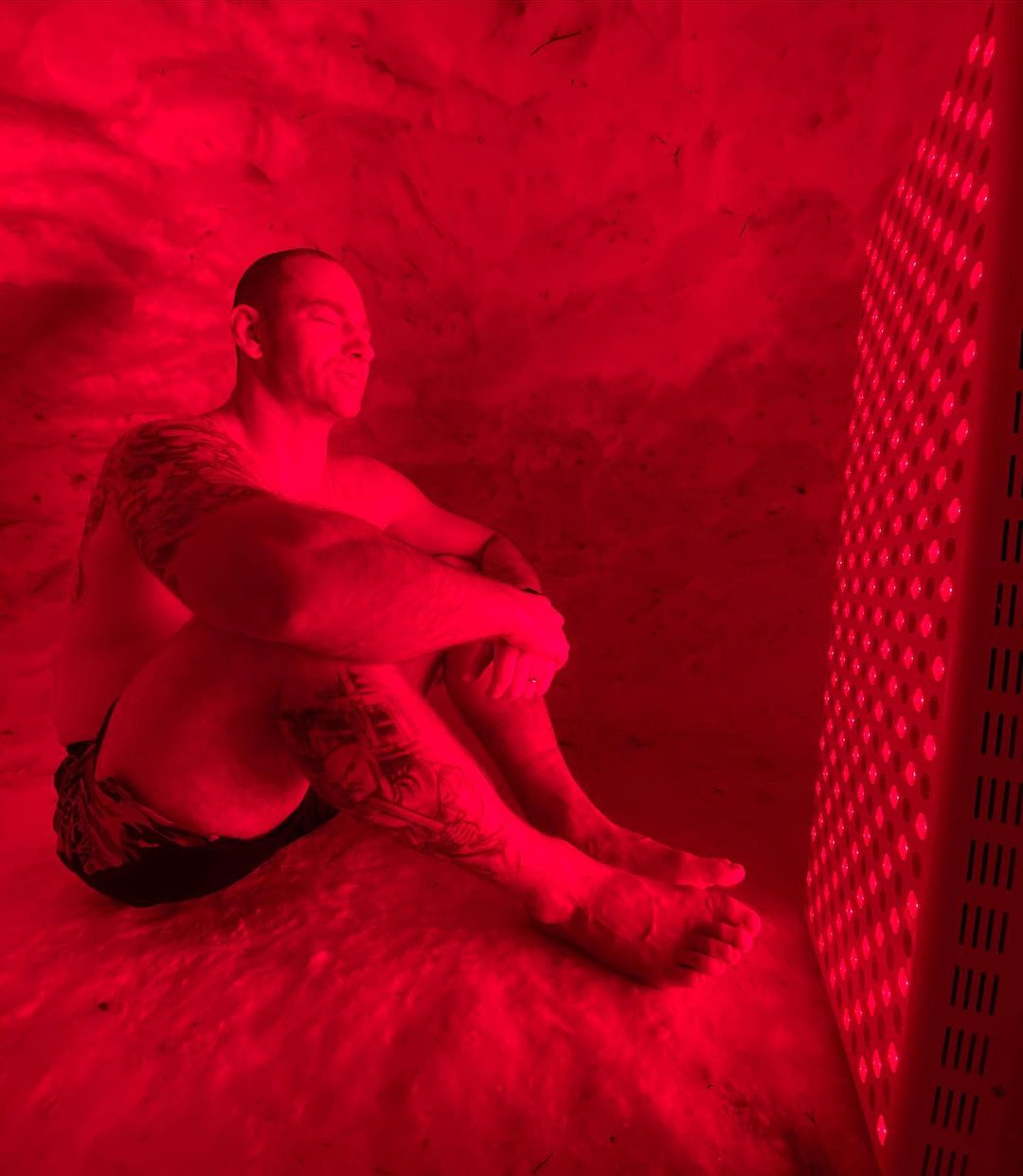 And finally, probably the most important thing! Injuries, whether acute or chronic, are the nightmare of most athletes because they take you out of full training for a shorter or longer period of time, depending on the severity of the problem.

Utilizing near-infrared radiation therapy is proving to be an effective therapeutic strategy that can help you recover faster and return to your favorite workouts.

In the case of skin wounds, the application of red and near-infrared radiation results in a significant reduction in inflammation, increased fibroblast proliferation, increased collagen production, etc. (R) 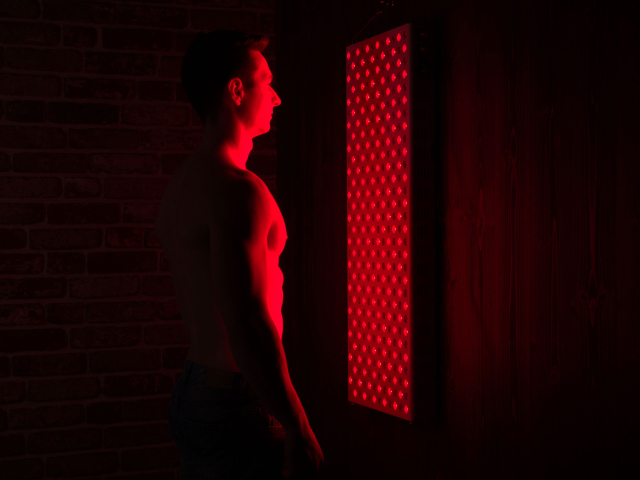 If you're a professional athlete or it's important to you how you look or how you perform, buying a red light therapy device is an investment like a home appliance, but unlike a washing machine, it will pay you back in just a few months in results and then you will benefit from it for years to come.

Check out the
MITO LIGHT® devices

Previous article Next article
Vytvořil Shoptet | Design Shoptetak.cz
We will personalize your experience